Gone But Not Forgotten (Written By Katina MochaSweet Wilfork) 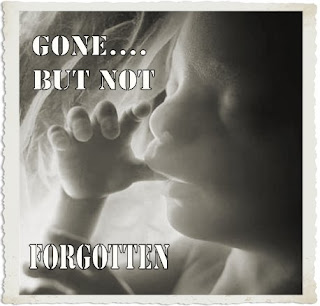 Gone... but Not Forgotten

After dating her boyfriend for almost a year Tonya found out that she was pregnant. Terrified at the thought that her boyfriend Jerome wouldn’t be happy about the baby she began to cry. Shortly after they started dating Jerome mentioned that he already had a little girl and no desire to have any more children, Tonya had a child of her own that she was raising alone without a father so she wasn’t keen on having any more either. They both were aware of the consequences of having unprotected sex but Jerome thought that he could prevent an unplanned pregnancy by asking his woman every month about her period. Afraid to tell him the news Tonya prepared herself to deliver the information over the phone. Immediately after telling him, he was pissed. “We need to take care of it”, he said furiously and hung up the phone. She knew what those words meant but hoped that she didn’t have to hear them.

Throughout their relationship Jerome would let her know how much he loved her so why would he want to get rid of a baby they made together even though it was unplanned, she thought. Those words cut like a knife and ripped her heart in two. At that point, feeling hurt about his reaction she was having an emotional breakdown, crying her eyes out until they were bloodshot red. The next day they met up to discuss the situation at hand. She told him that she didn’t believe in abortions, pleading how much she wanted to keep the baby. “I told you that I don’t want a baby and if you have it, I will disappear and you won’t be able to find me”, he threatened. She loved him very much but feared losing him so she agreed terribly brokenhearted…

A ten AM appointment was set days later, the procedure cost $260. As they approached the doctor’s office Tonya’s eyes started to welt up with tears behind her shades because she didn’t want Jerome to see her crying. She felt scared and alone even thought Jerome was there with her. Tonya was an emotional wreck. Shortly after entering the office, she received some papers to fill out while waiting for the nurse to call her in the back and Jerome paid with cash. He seemed very supportive (so she thought), comforting her with a warm embrace. “Everything will be ok”, he whispered and gave her a kiss on the forehead. About ten minutes later Tonya’s name was called. She got up slowly, and then followed the nurse thru the back office door. The nurse sat Tonya down at a table where she was asked a question concerning her health, the last day of her period, how far along the pregnancy was and a blood sample taken.

Once the pregnancy test was confirmed positive the frightened young woman was led by the nurse to a large examination room with an operating table, sonogram equipment and a vacuum like machine with a long hose attached to what she assumed would be used to perform the abortion. She was handed a gown, then instructed to put it on as the nurse left the room closing the door behind her. Tonya quickly threw on the gown, fighting back her tears, feeling alone without Jerome. He was sitting in the waiting area not permitted to be in the examining room. Five minutes later the nurse came in and said, “The doctor is going to come in to do an ultrasound then insert an IV into your arm, and inject the anesthesia to put you to sleep”. The doctor came in, the nurse instructed Tonya to lie down. While the doctor did the ultrasound his eyes focused on the computer screen looking at the embryo. “You’re about six weeks pregnant”, he stated. Deep down she wanted to see her baby on the screen but wasn’t allowed to, preventing her from changing her mind and deciding to keep her unborn. After the ultrasound; the IV was inserted, she felt the anesthesia flow thru her vein then all a sudden her eyes closed as she heard the nurse say, “Open your legs”….she was out like a light. Two hours later Tonya came to after being woken up by the nurse shaking her, “Wake up Tonya, it’s time to go home”, she shouted.

Groggy from the local anesthesia, the nurse helped Tonya up out the bed as she struggled to walk. Jerome carried her to the car, took her home and put her in bed then picked up her prescription and got her something to eat. He was being a perfect gentleman but he wanted to destroy their child and was relieved that it was done. After the abortion, their relationship was strained, eventually they drifted apart. Tonya wished that she hadn’t killed her baby. Praying that God would forgive her for the sin she committed. It affected her life causing her to cry every day, as depression set in emotionally she was all messed up. Asking God to help her deal with what she had done, she couldn’t believe that she had allowed a man to dictate what to do with her body and wished she could take it all back.

Always wondering about her unborn, she would paint a mental picture of what her child would look like if he/she was alive. From time to time Tonya thought about Jerome. It was almost like he dropped off the face of the earth. She was angry at him for making her choose between him and their baby. Tonya chose Jerome but he ended up leaving anyway. She wanted both of them in her life but doesn’t have either of them. 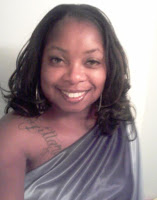 By Katina MochaSweet Wilfork
Posted by X-Style at 2:13 PM

I've been browsing online more than three hours today, yet I never found any interesting article like yours. It is pretty worth enough for me. Personally, if all site owners and bloggers made good content as you did, the web will be a lot more useful than ever before.

It was a wonderful chance to visit this kind of site and I am happy to know. thank you so much for giving us a chance to have this opportunity! I will be back soon for updates.

I’d have to check with you here. Which is not something I usually do! I enjoy reading a post that will make people think. Also, thanks for allowing me to comment!

Your blog is really great, I come over every day and each time I find something that suits me

Bravo for your blog !! And above all, thank you for content that always makes me happy !!
Sincerely
voyance gratuite par telephone

Beautiful ... I love your blog full of great ideas , in fact I just signed up to your news if you want to do the same, it is a pleasure , good luck !

I discovered your article. he is beautiful super bravo of you. I would return to see him.

Hello, I love your blog it's really nice
continued like that for the rest of it is really perfect believe me.

This is one of the highly informatics and attractive blogs that has not only educated also informed me in a very effective manner. There are very few blog like this one I have read.

Cool blog you have here, I will check in often.