MTV to Bring Back "Yo! MTV Raps" 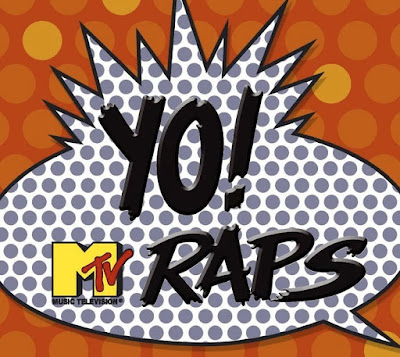 "Yo MTV Raps" , the pioneering hip-hop television show that ran on MTV from 1988 to 1995, will return for one night only on December 4.

MTV2 will broadcast  a retrospective called "Yo! MTV Raps Classic Cuts", which will include guest appearances by the show's hosts, Fab 5 Freddy, Ed Lover, and Dr. Dre (not that Dr. Dre) and will revisit iconic songs from the show's original runs. ?uestlove, Busta Rhymes, DJ Khaled, Q-Tip, Wiz Khalifa, Young Jeezy, Common, and a whole lot more will appear. DJ Premier will remix the show's original theme song for the retrospective. The special airs directly after MTV2's Sucker Free Awards. Below, watch a highly entertaining video from a 1989 episode of Yo! MTV Raps in which Fab 5 Freddy interviews the Beastie Boys:
Posted by X-Style at 2:36 PM

Thank you for this article very full again.

Thank you for these items I will look seriously it!

It is with pleasure that I look at your site; he is fantastic. Really very nice to read your beautiful shares .Continue and thank you again.

Congratulations for this excellent work and for giving us the opportunity to 'hang out' intelligently!